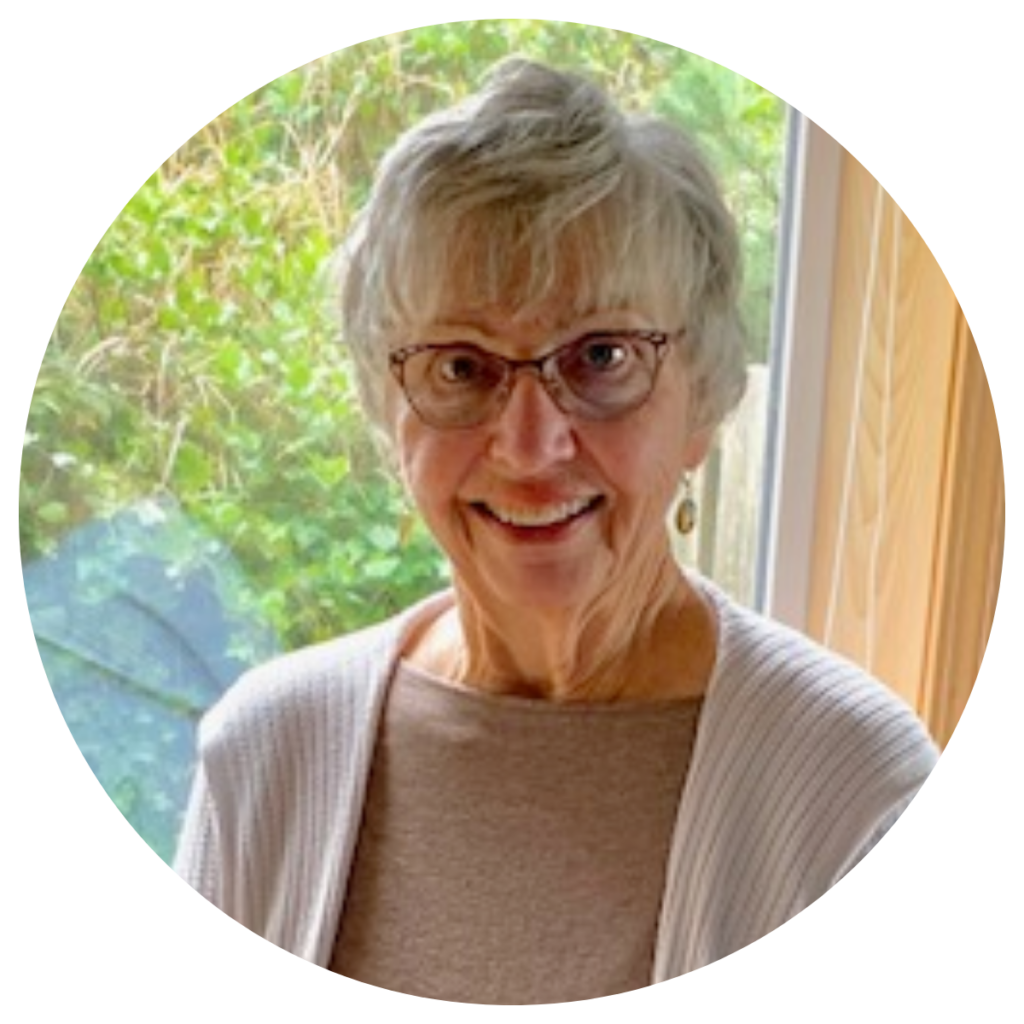 I was born in the middle of summer in the middle of a war (1943) in Arizona where my parents had grown up. When I was four years old, my dad announced that he was finished with desert life, and that we were moving to Oregon. We moved to Medford where my dad secured a teaching position, and eventually became an elementary school principal. I graduated from Medford High School in 1961, and Oregon State University in 1965 with a degree in education for grades K-9. My husband, Joe, a chemistry instructor, and I were married in 1965. I taught school in Salem, Oregon; St. Joseph, Illinois; and Roseburg Public Schools. We lived in Roseburg for 48 years while we raised our two girls, one of whom also became a teacher where we now live in McMinnville, OR. One of our Roseburg years was spent in Kilmarnock, Scotland, where Joe was a Fullbright Exchange Teacher. Upon returning to Roseburg, I resumed my career, teaching at St. Joseph School. I remained at that school until 1994 when Sister Jeanita Richter RSM, and I opened Cobb Street Children’s Learning Center. For 17 years we worked together at Cobb until our retirements in 2011. In 2015, my husband and I moved to McMinnville, OR, where we enjoy family, traveling, reading for the SMART Reading Program, and keeping in touch with Roseburg where I am part of Cobb Corporate Board.